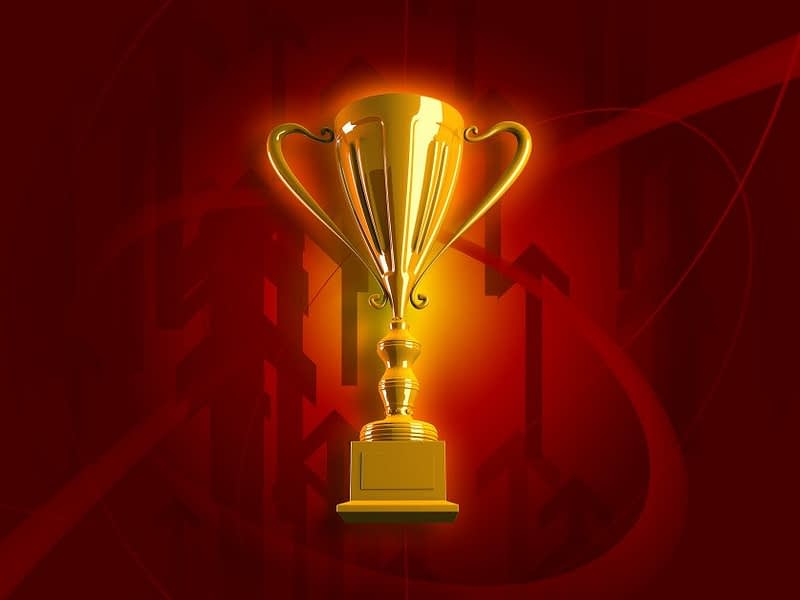 Cryptocurrencies, coins and token prices rise and fall often based on demand alone. So it is only natural that after a rise a token will often drop back or plateau. Below are 8 to watch. But first a bit of the backstory.

Crypto and blockchain have seen a massive surge of development over the last few years. Partially, it happened thanks to the fact that the crypto industry exploded in 2017, drawing millions from all around the world to the blockchain. Partially, it was because of institutional adoption, and the fact that entire countries started looking into ways to implement blockchain technology, even though they might not be so enthusiastic about its main product, the digital currency.

Whatever the reason may be, blockchain became the hottest tech around, which led to massive surges in development and new products. If we look back, there were three massive trends in the last 2 years alone — DeFi, NFTs, and the metaverse. Now, blockchain gaming is also a huge part of the sector, and it combines all three of these trends. However, on a larger stage, all of this is slowly but surely contributing to the development and growth of the next version of the internet — the so-called Web 3.0, or simply Web3.

Web3 is depending on a number of factors, including interoperability, and there are already prototype projects that are seeking to establish it, and all of this is slowly leading to the revolution of decentralization. So, if you wish to join in the process, you can do it by looking into some of the following projects, and supporting them, as they all have the potential to be major players thanks to their advanced takes on various Web3 solutions.

The first on the list is The Graph which is an indexing protocol for querying data. It works on blockchain networks such as IPFS and Ethereum, where it powers numerous DeFi and Web3 apps. It allows anyone to build and publish open APIs, known as subgraphs, and there is also a hosted service that is being developed that will make it easy for the devs to start building on the project’s network in a decentralized ecosystem.

Since the project went live, it has attracted thousands of developers, who launched more than 3,000 subgraphs already. In essence, the project aims to bring reliable decentralized public infrastructure to the main market, which will be of extreme importance for Web3.

To learn more visit our Investing in The Graph guide.

In the second spot, we have Polkadot. This is a popular blockchain platform that many consider to be one of the major competitors of Ethereum. Polkadot did emerge to offer a more advanced blockchain, and particularly to solve the problem of scalability, that Ethereum has been struggling with for around seven years now.

Polkadot’s solution is rather unique, as the project came up with the idea of launching parallel chains called parachains, which can be used by different projects, and they can take over the portion of the work that the main chain has to process, thus reducing the load. Not only that, but Polkadot’s parachains can also reach out to other blockchains, and connect to them, which basically means that Polkadot might be the key for achieving interoperability — a necessary component that Web3 needs to even be created.

To learn more visit our Investing in Polkadot guide.

Next up, we have Audius, which is a project that aims to make music streaming more decentralized. Audius is based on Solana, where it was launched to remedy the inefficiencies of the music industry as it is right now. The music industry is plagued with issues that are damaging both the creators and their fans, while the only ones who benefit are intermediaries — companies that stand between artists and their audiences. They keep most of the money, and do the least amount of work, but artists can never succeed if they choose to go around them.

That was the case until now. Now, however, Audius aims to change that and align the interests of artists, fans, as well as its node operators through a platform powered by its AUDIO token. Basically, the platform allows artists to upload music, as well as other stored and distributed content, and allow their fans to listen to it for free. Meanwhile, Audius will reward content creators through rewards, such as weekly trending lists and alike. Not only that, but in the future, it also plans to include stablecoins that artists can receive in exchange for premium content.

To learn more visit our Investing in Audius guide.

Next up we have Storj, or “storage,” as it is meant to be pronounced. This is a storage platform that offers a better way to store data than traditional cloud platforms thanks to the fact that it is decentralized and open-source. It uses its decentralized network of nodes to host user data. Essentially, the platform allows users to contribute their extra storage space to those who need to use it.

People who have data to store can do it in a safe way, as the data gets encrypted and broken into smaller pieces, and then spread throughout the network of nodes. With Web3 on its way, a method of storing data in a decentralized way, where companies cannot monitor it, analyze it, or even secretly allow third parties to look through it is highly necessary, especially after the incidents such as Facebook’s Cambridge Analytica scandal from a few years ago.

To learn more visit our Investing in Storj guide.

In the fifth spot, we have Livepeer, which is the first live video streaming network protocol that is fully decentralized. The platform is very economically efficient, and as such, it serves as a great alternative to centralized broadcasting solutions for new and existing broadcasting companies.

The project says that live video streaming is growing at a rapid pace, and the same is true with blockchain technology, which will need such services for Web3. With not enough decentralization in this environment, Livepeer aims to deliver a solution and benefit from being the early mover.

Revolutionizing the broadcasting industry is extremely important, especially now, when a lot more people opted to engage with these platforms over the last few years while they were forced to isolate themselves from the rest of the world due to COVID-19. It was able to provide a source of entertainment and belonging thanks to the fact that live streaming services are excellent ways to form communities and make friends, and with Livepeer being one of the first movers into this space, we expect it to be one of the leaders in the streaming sector of Web3.

To learn more visit our Investing in Livepeer guide.

Next, there is Braintrust, the sixth project on our list. This is the first decentralized talent network that is seeking skilled workers who have the knowledge and experience to provide top-notch services, and then connects them to the world’s leading companies. The project realizes that there are a lot of people out there who struggle to find a job for one reason or another, but also plenty of leading companies that cannot find responsible, reliable, experienced workers.

Braintrust aims to create a reliable and trustworthy environment for the two to find one another, and grant experienced workers jobs in their field, while companies would get access to talented individuals who can take on roles in their business. Of course, people who rely on Braintrust to find work will be the same who built it and own it — its community, which will ensure that workers will be treated fairly and that their needs will always be met.

To learn more visit our Investing in Braintrust guide.

Nearing the end of the list, we have Civic, which is a blockchain-based identity management project that provides individuals and businesses the tools required for protecting personal identity information, and managing it on an individual level. The platform believes that the way people think about identity verification is outdated, and that it needs to change.

It believes that users need to have a lot more control over their personal data, instead of it just being thrown around like any piece of information. Empowering the users is, after all, what the decentralized world is all about, and Civic uses identity verification solutions that are based on blockchain technology, and they allow users to manage it from their mobile device, share specific data with specific entities, and access it through biometric signature through the Civic app.

To learn more visit our Investing in Civic guide.

The last on our list is the project known as Theta network, which is a blockchain-powered network built for video streaming. We saw something similar in one of our previous entries, and Theta is another similar project that allows users to share bandwidth and computing resources on a P2P basis.

It has its native cryptocurrency, THETA, which performs different governance tasks, and counts the likes of Google, Gumi, Binance, Blockchain ventures, Samsung, and Sony Europe as its Enterprise Validators.

The project’s goal is to shake up the video streaming industry and grant it an alternative, in order to get it to turn away from the current form where poor infrastructure and centralization, alongside high costs, are troubling users, and at the same time, they don’t even get a good experience.

To learn more visit our Investing in Theta guide.

Web3 is being built right in front of our eyes by the very projects we listed above, and others like them. It is coming, and it is coming fast, so if you wish to be a part of that development, even indirectly, you can consider supporting one or more of these projects. Of course, you can also do your own research and find different projects that might draw your attention. Just make sure to do your research before committing to any one of them.

Disclaimer: The information provided on this page does not constitute investment advice, financial advice, trading advice, or any other sort of advice and it should not be treated as such. This content is the opinion of a third party and this site does not recommend that any specific cryptocurrency should be bought, sold, or held, or that any crypto investment should be made. The Crypto market is high-risk, with high-risk and unproven projects. Readers should do their own research and consult a professional financial advisor before making any investment decisions.